4 Presumed Dead After US Marine Helicopter Crash In California 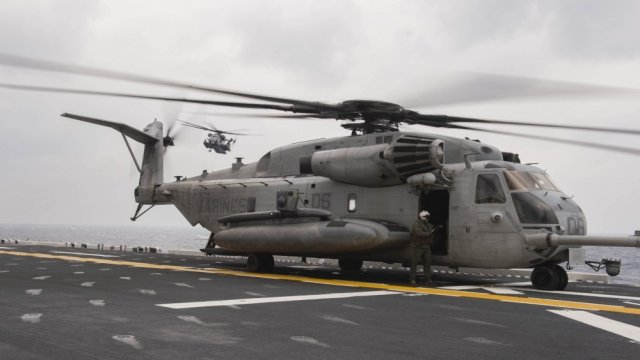 A CH-53E Super Stallion helicopter crashed in Southern California while out on a routine training mission.

A U.S. Marine Corps helicopter crashed in Southern California Tuesday afternoon, and all four crew members on board are presumed dead.

The 3rd Marine Aircraft Wing said the CH-53E Super Stallion helicopter was on a routine training mission when it crashed. The cause is currently under investigation.

The victims' names won't be released until after they are positively identified and their next of kin are notified.