Why Are Four Republicans Speaking On Opening Night Of The DNC? 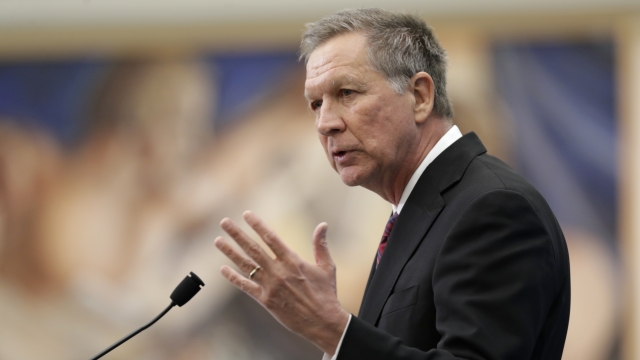 The Republican speakers were an effort to show other GOP "they're not alone" in supporting Biden, campaign officials said.

Thanks to the pandemic, a lot of what you usually see at a Democratic National Convention will be missing from night one.

But you will see something there a bit out of the ordinary: Republicans, with former Ohio Gov. John Kasich among the night's headliners.

"It's an opportunity to say to people that everything in life doesn't revolve around your political party and that it's OK to take off your partisan hat if you think it's for the good for the country," Kasich explained Sunday in an interview with CNN's Wolf Blitzer.

Kasich, who ran against Donald Trump in 2016 and said he did not vote for the president, is one of four Republicans set to address the convention.

Joining him will be former New Jersey Gov. Christine Whitman, former Congresswoman Susan Molinari, and past GOP gubernatorial candidate Meg Whitman — delivering speeches under the theme "we the people putting country over party."

They're just a handful of a growing number of Republicans dedicated to preventing President Trump from winning a second term.

"We have suffered needlessly because Trump is a fool, a liar and a failure. Most countries stopped it, Trump refused. It's Trump's virus now," says an ad by The Lincoln Project.

That's an ad from the anti-Trump Lincoln Project, a group of "Never Trump" Republicans who are using the president's own words and actions against him.

"Yeah, I saw a project — a thing called the Lincoln Project. And I would have them change the name to the 'Losers Project,'" the president told reporters earlier this year when asked about the group.

Biden Campaign co-chair Rep. Cedric Richmond told reporters the addition of Republicans to the convention lineup is part of an appeal to "silent Biden voters" — to show other Republicans "they're not alone" in supporting Biden.

But some Democrats are disappointed by the invitations. In one poll, only 38% said they wanted to hear Kasich speak at their convention.

But Kasich remains relatively popular in his home state of Ohio — a key battleground President Trump won in 2016. His support could help Biden in the state, crucial for capturing the White House in November.