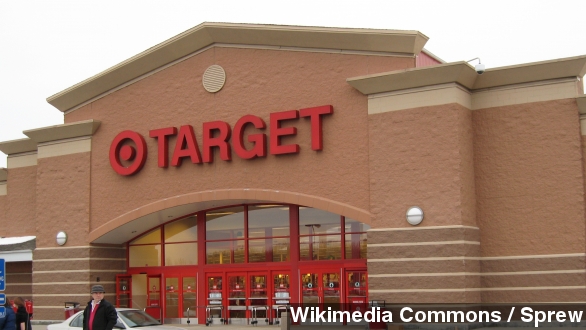 Target says its customers might have fallen victim to the second-largest heist of payment card data in U.S. history.

Target customers this holiday season have fallen victim to the second-largest heist of payment card data in U.S. history.

Security blog Krebs on Security broke the story, writing: "Target is investigating a data breach potentially involving millions of customer credit and debit card records. ... The breach extends to nearly all Target locations nationwide, and involves the theft of data stored on the magnetic stripe of cards used at the stores."

Target didn't immediately respond to requests for comment but has since confirmed the security breach of its customers' credit card info.

"Target is working closely with law enforcement and financial institutions, and has identified and resolved the issue. ... Approximately 40 million credit and debit card accounts may have been impacted between Nov. 27 and Dec. 15, 2013." (Via Target)

But as one Philadelphia reporter points out, the statement by Target leaves a lot of questions unanswered.

Which leaves customers wondering what they can do. A CNN contributor offers some advice.

According to reports, what made this hack so big compared to others in the past is the method in which it was done.

"It sounds like the actual payment software was hacked. ... That's not very common." (Via Fox News)

The Secret Service has launched its own investigation, Target has hired a third party forensics firm to investigate and the authorities as well as credit card companies are reportedly helping to resolve the issue.

The breach does not seem to involve online purchases, Target is based out of Minneapolis and has almost 1,800 stores across the U.S.