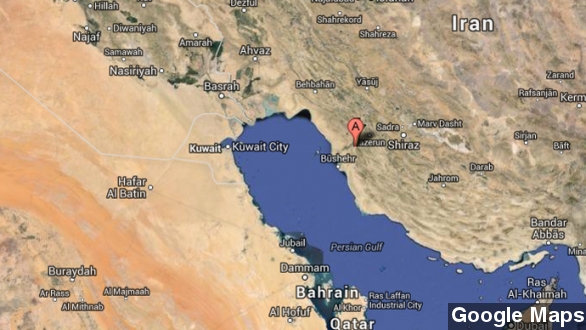 A massive earthquake hit a town in southern Iran, about 40 miles northeast of Bushehr, which is home to a major nuclear reactor.

A strong earthquake shook a town in southern Iran Thursday — about 40 miles northeast of Bushehr, which is home to the country's nuclear power plant.

At least seven people lost their lives in the earthquake, and dozens more were injured. No damage to the power plant was reported. (Via WTXF)

“Officials say that quake hit at a relatively shallow depth, meaning it's more likely to cause damage.” ​(Via WBFF)

Iran is no stranger to earthquakes, though. The country sits on a series of faults and reportedly experiences quakes once a day on average, although most are relatively minor.

Back in April, a 6.1 magnitude quake hit in another town near Bushehr, killing 37 people and injuring hundreds. (Via CNN)

No damage to the nuclear reactor was officially reported during that incident.

But according to RT, in June, diplomats from countries monitoring Iran's nuclear program noticed large cracks in at least one section of the structure.

The plant in Bushehr is Iran's only power-producing nuclear reactor and the first civilian nuclear plant in the Middle East.