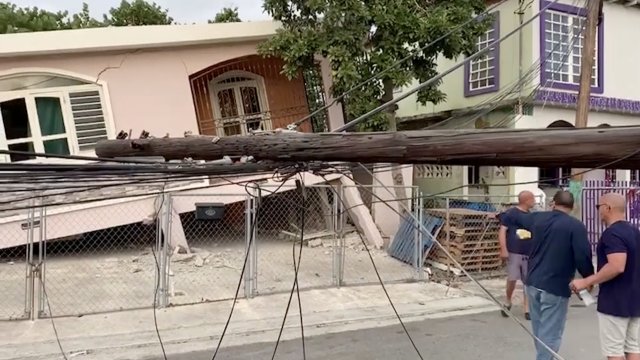 Puerto Rico is recovering after a 5.8 magnitude earthquake hit the island early this morning. The quake hit as the territory kicked off its Three Kings Day holiday.

According to Puerto Rico's Director of Emergency Management, there were no major injuries. In these videos you can see houses toppled over, cars crushed and walls cracked. There was also rubble in the roads.

Historic structures were damaged as well. This is Punta Ventana, which translates to Window Point. Officials in the region say the archway collapsed during the latest earthquake. Another historical site, the lighthouse of Guánica, which has been standing since 1893, had one of its walls knocked down.

The United States Geological Survey says there have been hundreds of small earthquakes in the same region. On December 28, three quakes hit in just three hours. Two were 4.7 magnitude and one was a 5.0 magnitude.

The USGS also says because the quakes are hitting so close to land and in shallow depths, people are more likely to feel them. Aftershocks are expected after Monday's quake, but there are no tsunami warnings.