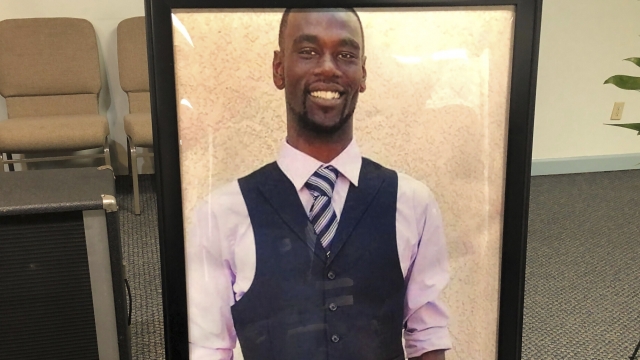 A civil rights investigation is underway after the death of 29-year-old Tyre Nichols.

The Memphis Police Department fired five officers in connection with his death.

Nichols died at a hospital three days after Memphis Police arrested him during a traffic stop.

Police say they pulled him over for reckless driving earlier this month.

Authorities say Nichols was taken to the hospital in critical condition after a “confrontation” between him and the officers. However, details have yet to be released.

Nichols’ family held a service in Memphis earlier this week.

“This man walked into a room, and everyone loved him. He lit up the room. This all could have been us. Every single one of us, this could have been us. Because for them to take out someone so innocent – he was just such a pure soul,” said Angelina Paxton, Nichols’ friend.

How police brutality is tied to America's gun culture

Researchers say discussing the role of guns in America is crucial to conversations about police brutality and racial inequality.

Nichols’ Godsister, LaToya Yiza, says they were like siblings.

“I'm gonna miss him. To see the man he turned out to be — he was a good man. He did not deserve this,” said Yiza.

His step-grandmother, Lucille Washington, says she was preparing to go to church when she heard the news.

“When I got there, I was just overcome with emotion and I wasn't able to go inside,” said Washington. “His character was just undeniable. I mean, he was just a fun-loving, happy young man.”

Nichols leaves behind a son.

The Memphis Police said in a statement that the “department is committed to protecting and defending the rights of every citizen in our city. The egregious nature of this incident is not a reflection of the good work that our officers perform, with integrity, every day.”

“You have to ask yourself, what warrants this. You know, how could a man or woman see somebody looking like this and continue to assault them,” said Nate Spates, Nichols’ friend.

The bodycam footage is expected to be released next week after the family has had time to review it.

The family, along with Civil Rights Attorney Ben Crump – who is representing the family – will be holding a public news conference on Monday.