5-Second Rule Backed Up By Science 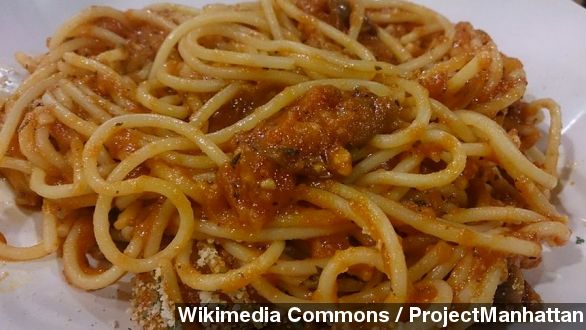 Researchers at Aston University in England studied how quickly food picks up bacteria when it's on the floor.

"Researchers at Aston University in England studied how quickly food picks up bacteria when it falls on the floor. They found out the less time food spends on the floor, the less germs it gets. We all knew that, right?" (Via KXAS)

Researchers also found the type of floor you drop your food on makes a big difference. Carpet is less likely to transfer bacteria than laminate and tiled floors. (Via Wikimedia Commons / Sfaurch480 / Parvathisri)

And what you drop also matters because moist foods pick up bacteria faster than dry foods. (Via Wikimedia Commons / ProjectManhattan)

So the moral of the study is the faster you pick it up, the better off you are, give or take a few factors.

But before you eagerly reach for that dropped piece of food, the study's lead researcher has a disclaimer. (Via Physician News)

"Consuming food dropped on the floor still carries an infection risk as it very much depends on which bacteria are present on the floor at the time." (Via Aston University)

So essentially, there is a risk for bacteria that could get you sick, regardless of how long your food has been on the floor. But we agree with Time on this one — a writer for the outlet says despite the study, "We're not taking any chances."

Now before you say you never use the five-second rule, the study also said 87 percent of people surveyed admitted to doing it, with women slightly more likely to than men.