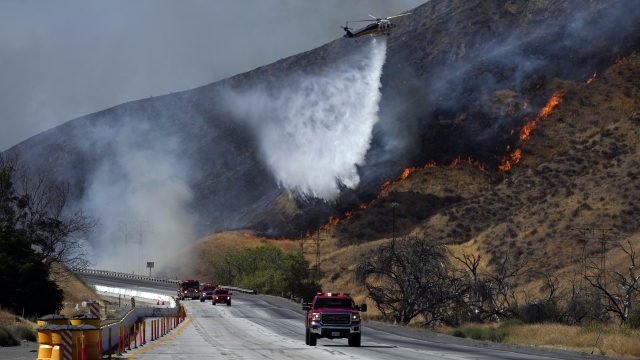 Much of Southern California remains under an excessive heat warning, with the state's grid operator warning of record temperatures.

Leaders in the West have been digging in for days of dangerous temperatures.

"Projected to be as high as 122 in California, in Death Valley, tomorrow," said California Governor Gavin Newsom.

Across the West, there are blazing hot highs.

Major cities from Washington to Arizona hit triple digits Wednesday; with even hotter temperatures in the forecast.

"This school, Sunset Junior, was built in 1963, so it wasn't constructed to have air conditioning," said Doug Anderson, the dean of the Davis School District in Utah.

"On days that are especially hot, like we have coming this week, ozone is extra high," said Scott Epstein, the program supervisor at South Coast Air Quality Management District.

In the San Francisco Bay area, experts are worried a toxic algae bloom is already killing off scores of marine life, and could get much worse in the heat.

Governor Newsom is worried primarily about strain on the electric grid.

He worries dwindling water supplies will make hydroelectric plants more fragile and will contribute to the strain.

"We are anticipating this extreme heat to be a length and duration the likes of which we haven't seen in some time," said Newsom.

He is aware this is not a short-term problem as record-breaking heatwaves strangle infrastructure and human tolerance from China to Europe.