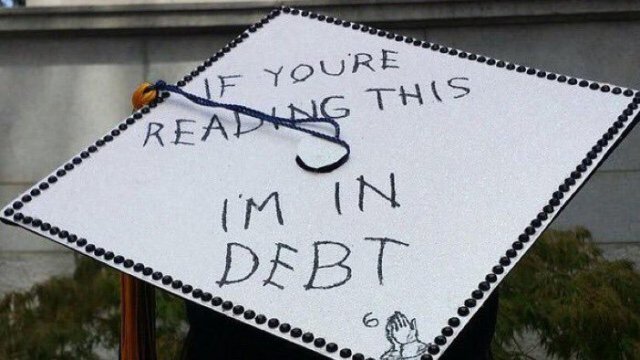 National Collegiate Student Loan Trusts, one of the country's largest holders of student debt, has lost several lawsuits because of missing documents.

It sounds like a dream every college grad has abruptly woken up from once or twice: Your student loan debt was just wiped away for no reason at all.

Well, according to a New York Times report, about $5 billion worth of student loan debt could, in theory, be erased due to "critical paperwork" that has gone missing.

National Collegiate Student Loan Trusts, one of the country's largest holders of student debt, collects money from borrowers who owe by filing lawsuits all over the U.S. — reportedly more than 800 this year alone.

But in several states, judges have tossed out those lawsuits because National Collegiate could not prove it owned the debt it was asking for.

National Collegiate owns about $12 billion in private student loan debt but $5 billion of that debt is in default, which is the money it has to prove it owns.

You can choose the repayment strategy that will boost your psyche or the method that will cost less over time.

That said, a large percentage of the lawsuits go unchallenged by the borrower and in those situations the court automatically rules in National Collegiate's favor.

Despite that, this recent trouble over producing the proper documentation is a concern for the company. National Collegiate's lawyers said in a recent legal filing, "As news of the servicing issues and the trusts' inability to produce the documents needed to foreclose on loans spreads, the likelihood of more defaults rises."