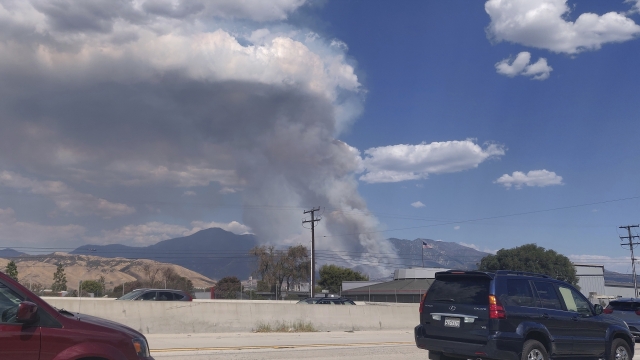 No charges have been announced.

Multiple wildfires broke out in Southern California over the weekend, forcing evacuations in San Diego and San Bernardino counties.

One of those fires was sparked by a smoke-generating pyrotechnic device used at a gender-reveal party. No charges have been announced.

Cal Fire said it started at a park on Saturday and has since grown into a 7,000-acre fire.

The fire burned almost 5 square miles of brush and trees in the foothills east of Los Angeles.