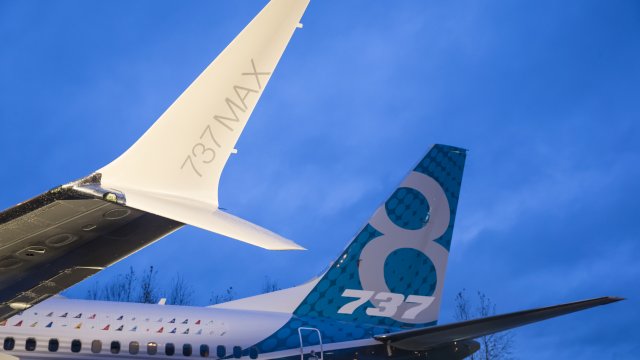 The financial consequences are continuing to pile as Boeing feverishly works to get the 737 Max back in the air.

Boeing's 737 Max aircraft have been grounded around the world for months now, ever since two crashes involving the aircraft left hundreds of people dead.

And the financial consequences are continuing to pile up for the company and airlines as Boeing feverishly works to get the 737 Max back in the air.

The ongoing issues with the 737 Max led to Boeing's largest reported quarterly loss ever — nearly $3 billion in the second quarter of 2019.

The company also said it would record a $4.9 billion after-tax charge "in connection with an estimate of potential concessions and other considerations" to customers affected by the 737 Max grounding and delivery delays.

Boeing said that charge would result in a $5.6 billion reduction of revenue and pre-tax earnings in the second quarter. On top of all that, the company's estimated costs to make the 737 Max went up by $1.7 billion.

We'll learn more about how those numbers have changed in recent weeks when Boeing releases its third-quarter financial results on Oct. 23.

The airlines that had to drop the 737 Max from their fleets are hurting, too. American, United and Southwest have all taken the planes off their schedules until January. That's cutting into their profits and stunting their growth plans.

Airlines have reported losses in the hundreds of millions of dollars thanks to their 737 Max woes. Passenger numbers have gone down, costs have gone up and some planned flights have been canceled entirely.

Boeing has said it hopes to get the 737 Max back in the air in the U.S. by the end of the year. But the Federal Aviation Administration says it isn't following a "prescribed timeline" for the aircraft's return.