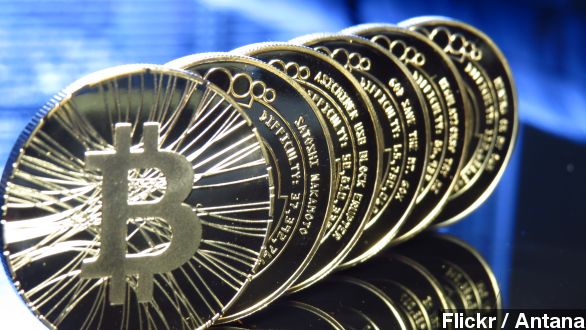 A man in Wales accidentally threw away a hard drive containing about $8 million worth of bitcoins.

Here's a financial tip: If you own a pile of volatile virtual currency worth millions of dollars, don't accidently throw the entire stash in the garbage unless you're really into treasure hunts.

Meet James Howells, an IT technician from Wales who acquired a wallet of 7,500 bitcoins in 2009. When Howells got a new computer a year later, the digital currency was left in a forgotten folder on an old hard drive for over three years. (Via The Telegraph)

Bitcoins are a digital currency mined from a network of complex equations and are valuable only if people are interested in trading them. When Howells originally got hold of his bitcoins, the whole wallet was only worth about $6. (Via Vimeo / Duncan Elms)

But interest in bitcoins recently skyrocketed, and a single bitcoin is now valued at $1,000 — making Howells' hard drive worth a cool $8 million. Which would be great news, except Howells tossed the drive a few months ago without backing up his digital fortune.

HOWELLS: "Absolutely devastated, as you can imagine. I just wish I could go back in time and not throw that drive away." (Via BBC)

The hard drive is currently buried in a Newport, Wales, landfill. And Howells told The Guardian a quick tour of the dump has convinced him not to go digging for it. "It's about the size of a football field, and ... something from three or four months ago would be about three or four feet down. ... I think I'm just resigned to never being able to find it."

And before any of you would-be prospectors start booking a vacation to Wales, a Newport council spokeswoman said treasure hunters won't be allowed into the landfill. And since there's no guarantee the hard drive is even working anymore, it's probably better to stick with Spanish galleons and buried pirate treasure anyway.