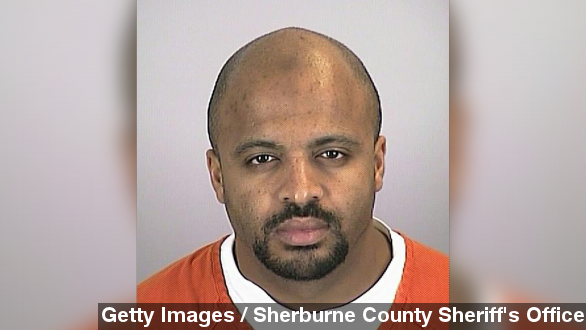 In an October testimony, convicted terrorist Zacarias Moussaoui claimed Saudi Arabia funded Al-Qaeda and even schemed to shoot down Air Force One.

With the new king crowned less than two weeks ago, U.S. relations with Saudi Arabia are already being tested. A convicted 9/11 terrorist says the kingdom was a major donor to Al-Qaeda.

This is Zacarias Moussaoui, sometimes referred to as the 20th Sept. 11 hijacker.

He was sentenced to life in prison in 2006 for conspiring to take part in the 9/11 terrorist attacks.

Since then, he's been locked up here in Florence, Colorado, at the U.S.' most secure prison.

In October, he testified from within the prison for an ongoing legal suit filed against Saudi Arabia by relatives of 9/11 victims. The suit alleges Saudi Arabia helped fund Al-Qaeda.

In the testimony filed on Monday and retrieved by The New York Times, Moussaoui claims specific Saudi Arabian officials not only helped fund Al-Qaeda but also schemed to shoot down Air Force One with a stinger missile.

This isn't the first time we've heard this claim — handwritten letters written by Moussaoui were filed in federal court last November and outlined the same plot.

In his testimony, Moussaoui also claims to have recorded multiple donations made by specific Saudi royal family members to Al-Qaeda. Saudi Arabia has denied any connections.

Referring to Moussaoui's mental health issues made apparent during his trial, the Saudi government released a statement calling him a "deranged criminal" and said, "His words have no credibility."

Still, The New York Times notes that if the testimony is deemed credible, then it could create more friction between the U.S. and Saudi Arabia, whose involvement in the 9/11 terror attacks has long been disputed.

Speaking to the Times, one of the lawyers who interviewed Moussaoui says he "was of completely sound mind — focused and thoughtful" during the testimony.

A 9/11 Commission Report released in 2004 found no evidence the Saudi government conspired in the attack. Still, politicians have called for the release of 28 classified pages of the report that specifically detail Saudi involvement.

A leaked cable provided by WikiLeaks in 2009 also details comments made by then-Secretary of State Hillary Clinton that labeled private donors from Saudi Arabia as the biggest contributors to terrorist groups worldwide.

This video includes images from Getty Images, the U.S. Department of State and the Federal Bureau of Prisons.