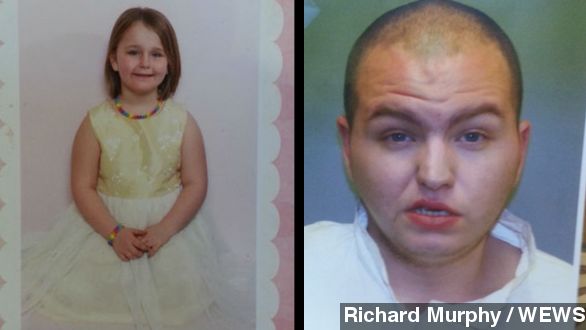 24-year-old Jerrod Metsker was arrested Sunday in Ohio after his 9-year-old neighbor Reann Murphy was found dead in a nearby dumpster.

Police have made an arrest in connection with the death of 9-year-old Reann Murphy whose body was found brutally murdered in a neighborhood dumpster.

"When you have somebody that is an an acquaintance of a person they've seen on a daily basis. You know it's very troubling."

"We're looking at charging aggravated murder in the morning."

Police say Metsker was uncooperative when they showed up at his house.

"We had to gain entrance to the residence via key. He would not initially respond to knocks on the door to let police in."

A vigil was held for Murphy Sunday night and more than 100 people showed up to mourn her tragic death. Murphy's father says he hopes justice is served.

"This is the hardest thing I've ever been through in my life."

"I want to worst for the guy, but it's still not going to bring back my daughter. ..."

Funeral arrangements for Murphy have not been made yet and Metsker is due in court Monday morning.