A Base In Tiny Djibouti Shows China's Grand Global Ambitions 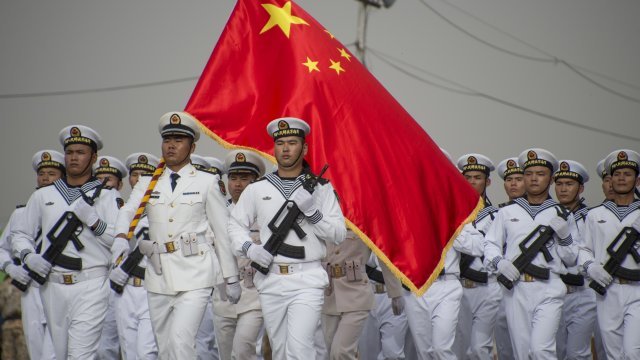 China's first international military base is in Djibouti — and that worries some U.S. military officials.

Earlier this year, something happened in the small East African nation of Djibouti: China set up a military base.

It's the country's first overseas base. It's also a stone's throw from Camp Lemonnier — the U.S.' only permanent military base in Africa. Italy, Japan and France also have bases in Djibouti. Saudi Arabia is planning to build one as well.

But while the U.S. has warm relations with France, Italy, Japan and Saudi Arabia … China is a rival power. China says the base will be used for logistical support for U.N. peacekeeping missions and Chinese navy escort missions in the region.

The Trump administration labels China — along with Russia — a rival power.

But U.S. defense officials fear China may use its close proximity to the U.S. base and its allies in Djibouti as an opportunity to gather intelligence.

China's deep economic ties to Djibouti may also pose a problem for the U.S.

China has invested heavily in Djibouti's infrastructure, including ports and a major railway. There's worry China may leverage these investments to weaken U.S.-Djibouti security ties.

Building a base in Djibouti is just another signpost in China's growing global aspirations.