A Brief History Of The Tension Between The U.S. And Iran 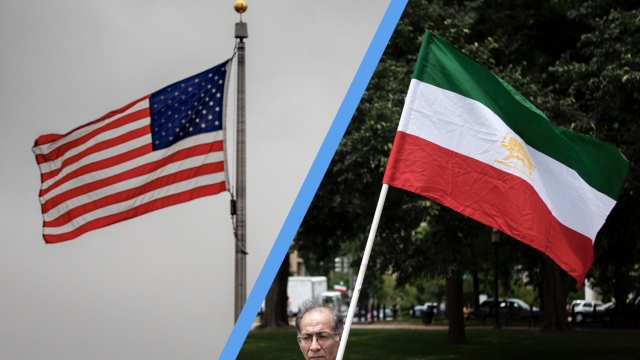 Officially, there is no diplomatic relationship between Iran and the U.S., and it's been that way since 1980.

The U.S.' relationship with Iran has been fraught for decades. But in recent years, tensions have been increasing. So how did we get here?

Officially, there is no diplomatic relationship between Iran and the U.S., and it's been that way since 1980. But in 2013, President Barack Obama spoke with Iranian President Hassan Rouhani on the phone — something that hadn't happened in over 30 years. And in July 2015, the U.S., its allies and Iran finalized the landmark nuclear deal.

But that warming U.S.-Iran relationship changed after President Donald Trump took office. In May 2018, the president withdrew from the Iran nuclear deal, and by November of that year the Treasury Department had reinstated all sanctions against Iran. In response, Iran started ramping up its nuclear activity and exceeding some of the limits set by the deal.

In April 2019, the Trump administration deemed the Islamic Revolutionary Guard Corps a terrorist organization. That was the first time the U.S. gave that label to another country's military. Iran responded in kind, labeling the U.S. troops in the Middle East a terrorist group.

Tension rose even more after Iran shot down a U.S. military drone in June 2019. American officials said the drone was in international airspace, and Iran contended the drone was in Iranian airspace. President Trump was set to launch a response attack almost immediately but called off the plan at the last minute, citing the potential loss of 150 lives.

On Dec. 27, a rocket attack on an Iraqi military base killed an American contractor and injured American troops. The U.S. retaliated two days later, launching five airstrikes against Hezbollah-linked targets in Iraq and Syria. Twenty-five people were killed. On New Year's Eve, supporters of Iranian-backed militias started storming the U.S. Embassy in Baghdad, and President Trump blames Iran for that attack.

In an interview Friday morning on Fox News, U.S. Secretary of State Mike Pompeo indicated the happenings during the last week in December seemed to be the final straw.

"We don't seek war with Iran, but we at the same time are not going to stand by and watch the Iranians escalate and continue to put American lives at risk without responding in a way that disrupts, defends, deters and creates an opportunity to de-escalate the situation," Pompeo said.