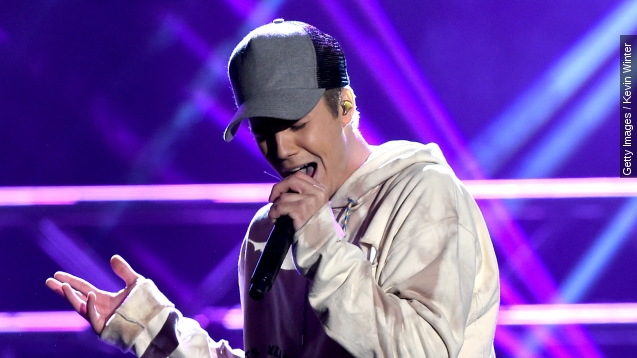 A choir from a British hospital claimed the No. 1 spot on the charts over Justin Bieber ... with a little help from the Biebs himself.

In what can only be described as a Christmas miracle, a song recorded by a choir of hospital staff in England has the No. 1 spot on the U.K. Christmas charts, edging out Justin Bieber.

The Lewisham and Greenwich NHS Choir topped the charts with "A Bridge Over You," a mashup of Simon and Garfunkel's "Bridge Over Troubled Water" and Coldplay's "Fix You." (Video via National Health Service)

Proceeds from the single, made to celebrate National Health Service workers, will help several U.K. charities.

And it should raise quite a bit of money. "A Bridge Over You" sold 127,000 copies, beating Justin Bieber's "Love Yourself" by 30,000 with a little help from the Biebs himself. (Video via Def Jam Recordings)

The pop star actually told his 72 million Twitter followers to download the competing song, tweeting, "so for 1 week it's ok not to be #1. Let's do the right thing & help them win. It's Christmas."

Even though he lost, don’t feel too bad for Bieber Claus. He still has three songs in the U.K.'s top five this week.