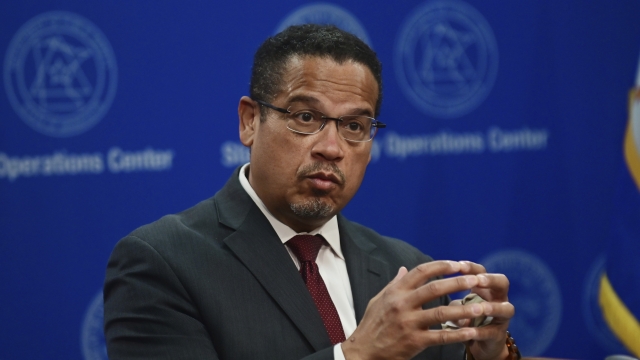 Ellison sat down with "60 Minutes" and says he didn't have evidence that Derek Chauvin killed George Floyd because he was Black.

Minnesota's attorney general says the murder of George Floyd was not a hate crime.

Keith Ellison sat down with "60 Minutes" and says he didn't have evidence that Derek Chauvin killed George Floyd because he was Black but instead pointed to a systemic issue.

"It's not necessary that Derek Chauvin had specific intent to harm George Floyd,' he said. "The fact is, we know that through housing patterns, through employment, through wealth, through a whole range of other things, so often people of color – Black people – end up with harsh treatment from law enforcement. And other folks, doing the exact same thing, just don't."

Ellison says he felt a sense of satisfaction when Chauvin was found guilty last week.

Chauvin, the former Minneapolis police officer, will be sentenced June 16. Right now he's being held in solitary confinement at a Minnesota facility.

Chauvin faces a maximum of 40 years behind bars. He was found guilty of second-degree murder, third-degree murder and manslaughter. But, according to Minnesota law, he will only be sentenced on the most serious charge.

The three other officers involved in the murder of George Floyd are due in court in August.

Thomas Lane, J. Alexander Kueng and Tuo Thao are facing trial together. They're all charged with aiding and abetting second-degree murder and second-degree manslaughter.