A Harrowing Escape From Kabul 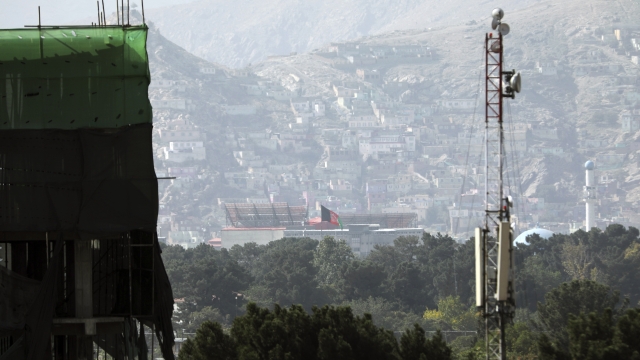 A government official describes chaos while trying to get onto a flight out of Kabul.

"At the end of the day, the only reason I was able to get out was, it was a very surreal experience. We were on the tarmac, various helicopters and other planes were taking off, a Kam Air flight was filled with three times the limit of what it should have been filled with," said Afghan Central Bank Governor Ajmal Ahmady.

A harrowing story of escape from Kabul from Afghan's Central Bank Governor. He told the Associated Press there was never a plan to evacuate senior officials like him even as the Taliban closed in.

"I saw a military plane of a third country, this wasn't a U.S. plane, and everyone was scrambling to get on board. And I was pushed up by colleagues to get on that flight from one of those military convoys where the back rail was going up and I made it on board with no possessions, the clothes you see me wearing and one shoe. And that's how I made it out of Afghanistan," said Ahmady.

He's just one of the lucky ones who was able to make it out of the airport that day.

Many are still trying to get out of the country with little success.

Afghan citizens who applied for Uzbekistan visas in the last few months in an attempt to escape aren't having much success either. They say the reason they've been given by Uzbek authorities is for coronavirus concerns. But keep in mind there has always been a tightly closed controlled border with Afghanistan and Uzbek officials have accepted just a handful of asylum seekers.