A Lesson In Email Etiquette From The Bank Of England 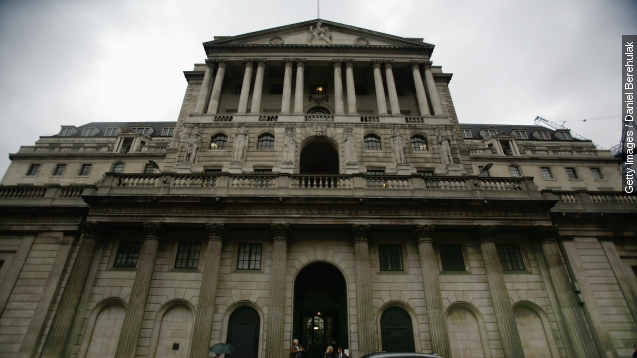 On Friday the Bank of England accidentally sent a special scoop to The Guardian.

The Bank of England just taught us all an important lesson in email etiquette.

When sending email, check to make sure you're sending it to the right person. And then check again.

On Friday the bank accidentally emailed The Guardian information about a project looking into the possible financial implications of the United Kingdom leaving the European Union. The email was originally intended for four senior executives, and it even contained the bank's plan to avoid questions from the media.

So yeah, if you have a plan to keep the press in the dark about a secret project, you probably shouldn't email that plan to the press.

The bank is the U.K.'s main financial regulator. The Guardian explains, "Officials are likely to have kept the project under wraps to avoid entering the highly charged debate around the EU referendum."

There has been talk in the U.K. about possibly ditching the European Union for a while, and a vote on the issue was something Prime Minister David Cameron talked about during his reelection campaign.

Cameron has said the public will be able to vote on European Union membership before the end of 2017. And U.K. media even has a fun name for the potential exit from the E.U. — a 'Brexit."

In a statement, the bank said it is one of its responsibilities to assess the financial impact of government policies. The bank posted a response statement that said, in part, "It is not sensible to talk about this work publicly, in advance. But as with work done prior to the Scottish referendum, we will disclose the details of such work at the appropriate time."