A Look Inside An Afghan Displacement Camp In Kabul 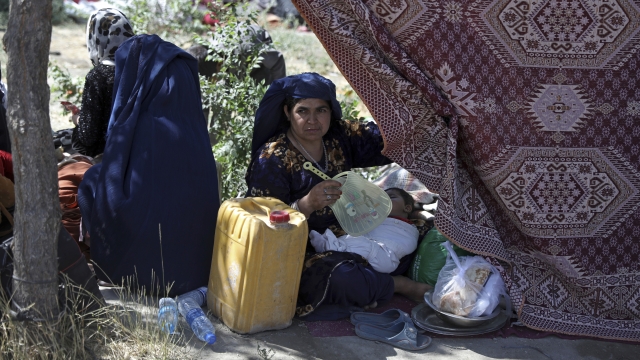 Afghans in displacement camps in Kabul hold split opinions on whether or not Taliban rule will be good for the country.

Like the uncertainty surrounding Afghanistan’s future, the rows of tents in displacement camps in Kabul are rapidly growing. This footage captured exclusively for Newsy shows crowding conditions.

"Since the beginning of the year, more than 550,000 Afghans have been internally displaced as a result of conflict and insecurity," Shabia Mantoo, spokeswoman for U.N. High Commissioner for Refugees said.

Seeking shelter in these camps are Afghans from every corner of the country. Gathering outside the tents, they share stories of the treacherous journey that brought them to Kabul.

This is Fazila from the Takhar province, more than 200 miles away from Kabul. She tells Newsy she and her son fled from their home to escape the Taliban and that she no idea where her husband is now.

She says she worries that Afghan women have no choice but to accept whatever comes next. She is angered by the U.S. leaving and believes the troops pulled out because they hate Islam.

Ahmadzai says the U.S. came to Afghanistan because of America's national interests, not to help Afghans. He warns that the Taliban must not rule by force or extremism, if they want Afghans to remain in the country and not leave for neighboring countries like Uzbekistan or Iran.

But some say they are happy the Taliban has returned.

This man, who did not give his name, says the Taliban will not attack Kabul because they are disarming everyone. He says the U.S. wants a “democratic system; we want Islamic system. Democracy means shamelessness.”