A Mediterranean Diet Can Keep Your Cells In Better Shape 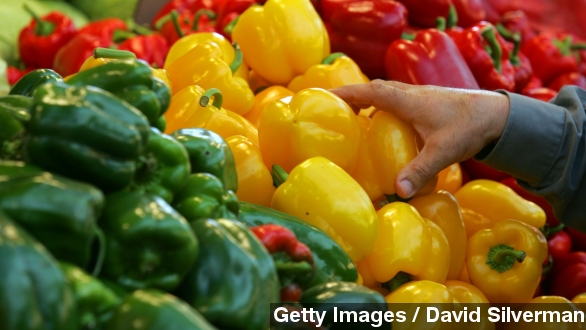 The fountain of youth is running with fish and fruits, according to some reports.

It's not, of course, news we haven't heard before about the Mediterranean diet.

But this study is new because of its big sample size and its focus on one specific marker of longevity. The study looked at around 4,700 women and found that those eating a Mediterranean diet had longer telomeres.

"If the candy is the chromosome, the telomeres are the ends of that chromosome. As you age, those telomeres get shorter. ... on the Mediterranean diet, more likely to have longer telomeres," said CNN's Dr. Sanjay Gupta.

And telomeres — the little white caps on these human chromosomes — are key because researchers believe they protect your chromosomes from deteriorating.

So we want to keep them from shrinking quickly. Speaking of shrink rate — that might actually be a shortcoming of this study.

"It looked at one point in time. It didn't follow the shrinkage or shortening of the telomeres, which may be more important than the length," cardiologist Dr. Tara Narula told CBS.

And the study only looked at women of European descent, so while the researchers did control for things like smoking habits, activity levels and BMI, it didn't control for other genetic differences between the subjects.

Still, the researchers, out of Harvard Medical School, found it's the diet as a whole that helped, not one particular food — all these foods we mentioned earlier are known to have antioxidant and anti-inflammatory properties.

One last note — another component of the Mediterranean diet? Staying away from red meat and dairy.

You can have red wine, though, so there's that.

This video includes an image from Hannahdownes / CC BY SA 4.0.