A Mediterranean Diet Could Give You A Big, Youthful Brain 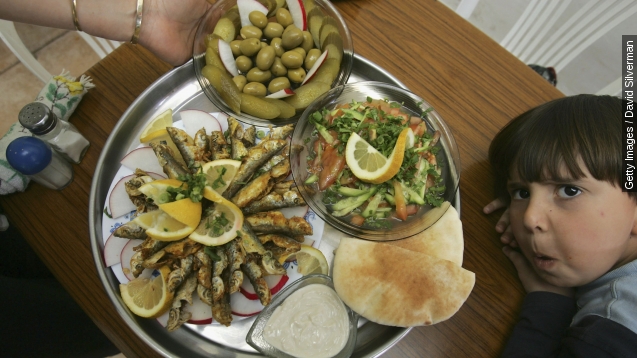 Eating more fish in combination with a lower intake of other kinds of meat could help fight brain atrophy, according to a new study.

A study released Wednesday says a Mediterranean diet could keep your brain from deteriorating.

According to a writer for Forbes, who spoke to one of the researchers, that's a diet focused on lots of fruits, veggies and grains, and a low intake of saturated fats and dairy.

The study, published in the journal Neurology, said a stronger adherence to a Mediterranean-type diet meant less brain atrophy.

"The more you adhere to a Mediterranean diet, the better protection you get for your brain," Dr. Yian Gu told CBS.

Researchers looked at MRIs of over 600 elderly adults and asked them what they ate to see if their diet was related to larger brain measurements.

And the study says eating more fish in combination with a lower intake of other kinds of meat was associated with larger total gray matter volume in the brain.

So, it's the combination of the two factors — more fish and less meat — that researchers think could be the key.