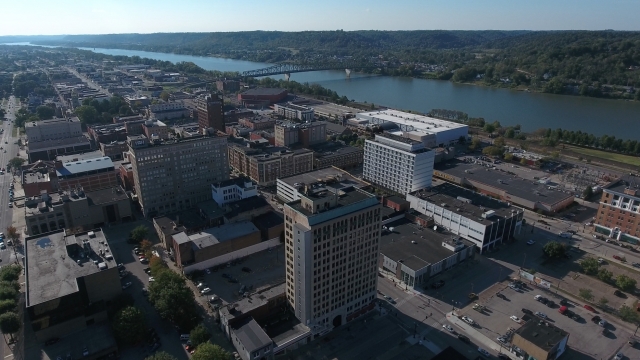 Huntington, West Virginia, approaches addiction as a disease to be treated, not just a crime to be punished.

When the war on drugs failed, Huntington, West Virginia, was one of its casualties.

"Well, probably 60 percent or more of the DUIs are actually heroin and not alcohol," said Jan Rader, a deputy chief for the Huntington Fire Department.

Here's how serious the heroin epidemic is in Huntington. While the national overdose rate stands at 13 people in 100,000, West Virginia's rate is almost three times that, the highest of any state in the nation. This county's rate doubles that. And the rate for overdose rates in Huntington itself? About nine times the national average. On Aug. 15, the problem came to a head — 28 overdoses in four hours.

Johnson is Huntington's drug czar. He was the chief of police, he ran the jail, and now, he has this to say.

"If you would've told me three or four years ago that I would be a proponent of drug courts and harm reduction programs, syringe exchanges, there's no way I would've been," Johnson said. "I would've thought those were the type of things that would've enabled, but I've come to understand what enabling is. When you know families and people that have had drug problems and you didn't say anything. And then you carry their casket. That's enabling."

Today, Huntington is fighting a new kind of drug war, or at least new to West Virginia. And it's based on the idea that addiction is a disease to be treated, not just a crime to be punished.