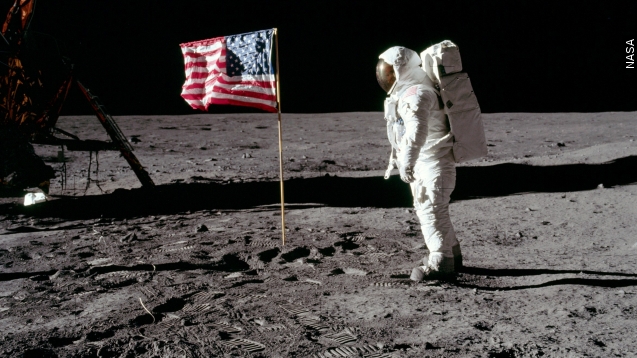 It's been decades since humanity walked on the moon, but a new report says a partnership between NASA and private space companies could get us back.

"Here men from the planet Earth first set foot upon the moon, July 1969 A.D. We came in peace for all mankind," Neil Armstrong said when humans first reached the moon. (Video via NASA)

It's been 46 years since those words were spoken, and more than 42 since anyone has walked on the moon. But a new study says humans could return soon and not even break NASA's bank.

The study claims humans can be back on the moon in five to seven years, with a permanent base possible just 10 years later. And the cost? Ten billion dollars to go and another $40 billion to stay. That's a lot less than the current $100 billion estimate. (Video via NASA)

The low cost is thanks to public-private partnerships. Basically, by using resources from privately owned companies like SpaceX, NASA's current budget will remain unchanged. It's a process NASA already uses to resupply the International Space Station. (Video via NASA, SpaceX)

And what about NASA's plan to head to Mars? Well, researchers say a lunar base could mine resources on the moon, making travel to other destinations easier. Think of it like a space gas station.