A Soccer Team Was Photographed In Blackface For A Surprising Reason 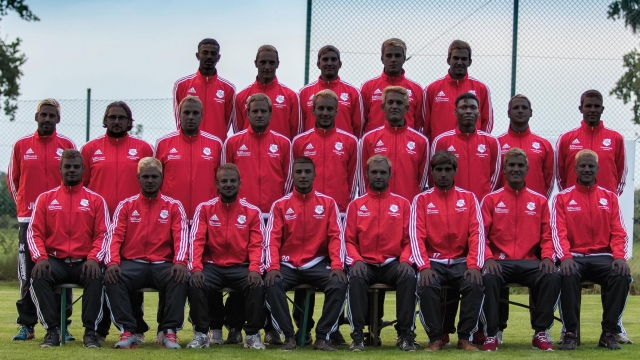 A German soccer team posted a photo on Facebook showing members with black skin in support of a teammate who suffered a racially motivated attack.

Usually, when someone is photographed in blackface, it sparks immediate backlash. But one German soccer team is being praised for altering its players' skin color.

Lower-division German team Deinster SV posted this team photo, featuring players with digitally darkened skin to show solidarity with a black player who was reportedly assaulted over the weekend.

The team posted the photo in response, saying that a adding the hashtag #unitedwestand.

There’s a growing anti-refugee sentiment in Germany. In March, far-right party Alternative for Germany, or AfD, made huge gains in regional elections on an anti-refugee platform.

While Deinster SV admitted some people weren’t fans of showing players in blackface, a spokesman said, "This has nothing to do with racism. We just wanted to show solidarity."