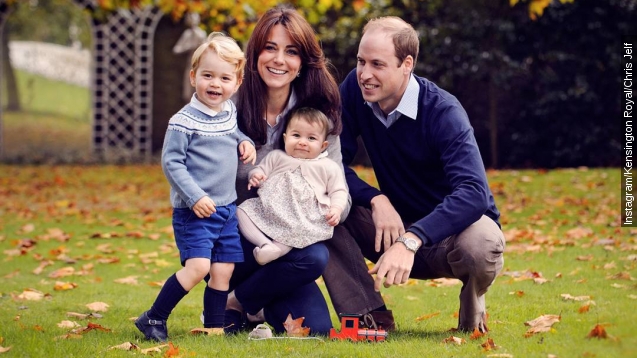 Many on social media believe the Duke and Duchess of Cambridge used Photoshop on Princess Charlotte in their latest Christmas picture.

It was a picture-perfect moment for the royal family ... maybe a little too perfect.

People across the world are wondering if the Duke and Duchess of Cambridge Photoshopped Princess Charlotte into the Christmas picture released Friday.

Charlotte is wearing the same dress she wore in a picture released three weeks ago.

The royal family has become known for controlling the settings of photos involving their children.

And some are saying one of Charlotte's shoulders looks conspicuously blurry.

But BuzzFeed says when it reached out, a spokesperson only laughed.

If it's not true, I guess take it as a compliment that your child is so perfect she looks Photoshopped?