Animals Abandoned In A Syrian Amusement Park Are Getting Help 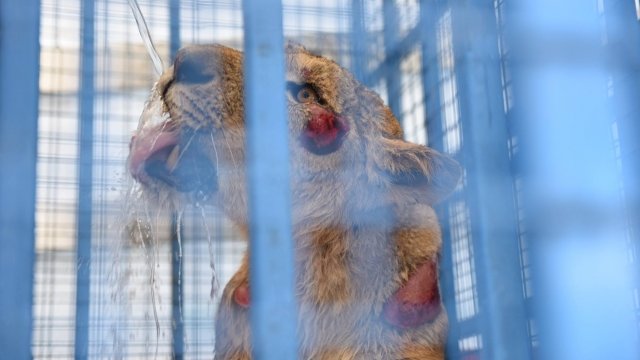 Abandoned animals at an amusement park in Syria are getting help.

Four Paws, an international animal welfare group, is evacuating the wild animals from the park near Aleppo.

The organization rescued nine animals July 21 and planned to evacuate the remaining four Friday. The New York Times reports locals cared for the animals after the zoo's owner fled.

Rescuing the animals is risky — in part because of the heat. Rescuers stopped every few hours on the long road trip from Aleppo to northern Turkey to give the animals water and check their conditions.

Plus, Syria is in the middle of a war, and Aleppo is the site of a lot of the fighting.

The nine animals already rescued are at a center in Turkey, where they'll live temporarily and receive medical care. Rescuers plan to take the remaining animals there, too.