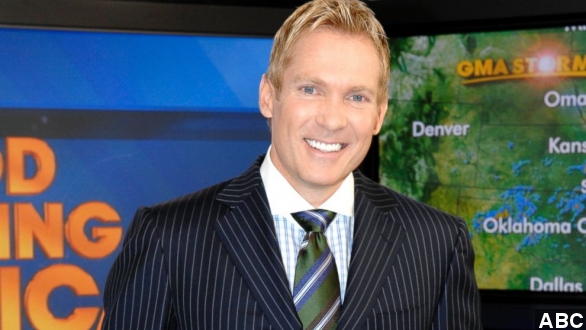 After helping "Good Morning America" top "Today" in the ratings, Sam Champion is headed to The Weather Channel, partially owned by NBCUniversal.

Big news for morning TV: Sam Champion, the weather anchor for ABC’s “Good Morning America” is leaving his post and heading to The Weather Channel.

ABC News President Ben Sherwood sent staffers a note Monday morning announcing the move, adding: "While he is leaving ABC News, he will always be a part of our family. Please join me in thanking Sam for his friendship and countless contributions to our news division."

Champion tweeted after Monday’s show: "Only an amazing opportunity like this at @weatherchannel cld take me away from my @ABC family of 25 yrs and @GMA #blessedlife" (Via Twitter / @SamChampion)

So where does this leave GMA? Champion was part of the team that just overtook “Today” as the highest-rated morning show after 16 years on top. CNN’s senior media correspondent Brian Stelter said he’s surprised by the move and thought ABC would find a way to keep the gang together.

“I don’t think any single anchor change at GMA is gonna be a very big deal, but they are gonna have to make sure they bring in Ginger Zee, make her feel welcome and get the viewers comfortable with her.”

Champion will be based at The Weather Channel’s Atlanta headquarters.