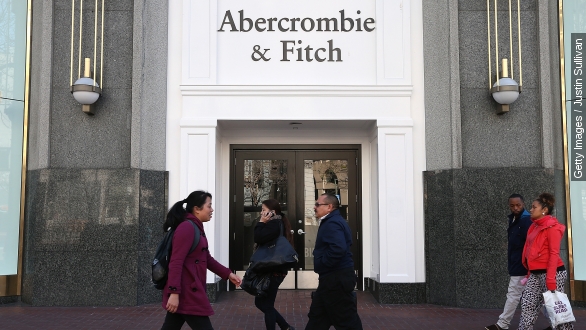 Abercrombie & Fitch made several changes to company policies Friday in an effort to appeal to more shoppers.

In an effort to appeal to more potential customers, Abercrombie & Fitch is making some big changes to its policies on employees' appearance. Namely, you'll no longer have to meet a certain standard of attractiveness to work there.

That last part is probably referring to the fact the company recently found itself in front of the U.S. Supreme Court.

Back in 2008, a manager at an Oklahoma store refused to hire a then-17-year-old Muslim applicant because the headscarf she wore during her interview would have violated the retailer's "Look Policy," which states employees can't wear hats.

Teaming up with the Equal Employment Opportunity Commission, the applicant sued Abercrombie for discrimination based on religion. CNN reports the Supreme Court will make its final decision sometime this spring.

Changing its hiring policy isn't the only shift Abercrombie is making, though.

Fortune reports it'll soon be getting rid of its "sexualized marketing" campaigns and shirtless models in its stores.

Abercrombie also plans to stop calling its employees "models" and will hire a more ethnically diverse staff for its stores. (Video via ABC)

These changes are being implemented just four months after Abercrombie's longtime CEO Mike Jeffries left the company in December.

Jeffries is the one who famously said: "[Abercrombie goes] after the cool kids. ... A lot of people don't belong [in our clothes], and they can't belong."

Business Insider reports Jeffries leaving coincided with "11 straight quarters of same-store sales declines." And those sales have continued to drop since his departure.

About its new policy changes, Abercrombie's brand head told Bloomberg, "We do have very strong, iconic brands, and our intent is to make sure that we keep the spirit of those things alive while modernizing what's happening here."

These changes go into effect in Abercrombie stores Friday.