Abortion Bans Leave Organizations Across The U.S. In Gray Area 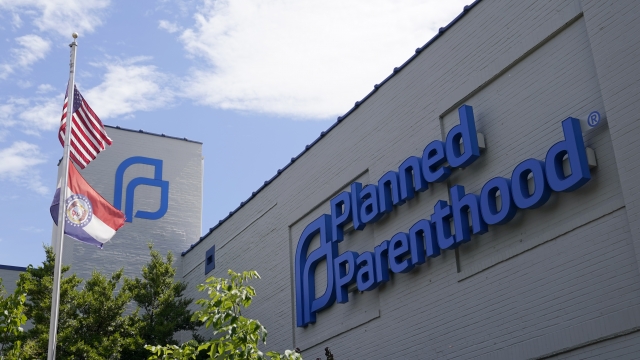 Many doctors are not comfortable taking patients from other states due to restrictions after the Supreme Court overturned Roe v. Wade.

One week later and the Supreme Court decision to overturn Roe v. Wade continues to raise questions as states and organizations navigate legal gray areas. Especially when it comes to patients crossing state lines for treatment.

David Cohen is a professor at Drexel University's Kline School of Law.

"The law is unclear in a way that I think it's going to lead to people making risk assessments so that they're not comfortable trading people from other states because they're scared of the risk," Cohen said.

A tweet with a leaked email from the President of Planned Parenthood of Montana went viral Thursday.

The president, Martha Fuller, sent it to staff, saying they will no longer provide medication abortion services to patients from South Dakota and other states with total bans currently in effect.

The email says the risks around cross-state services are unclear and there's potential for both civil and criminal action.

"Look, I think, Planned Parenthood of Montana, like all of our affiliates across the country, are not making decisions about health services lightly, just like other abortion. Providers Planned Parenthood providers are being forced to make very difficult operational decisions due to the rapidly shifting landscape of access in many states," McGill said.

The Guttmacher Institute says medication abortions account for more than half of all U.S. abortions as of 2020.

Medication abortions became legal in 2000 when the FDA approved a two-drug combination, sometimes called the abortion pill, taken within one to two days of each other. Currently, it's approved for pregnancies of 10 weeks or less.

The Planned Parenthood of Montana email says they will now ask all medication abortion patients to provide proof of residency. But, it reiterates, they will still offer surgical abortions to patients from those states.

The legal conflicts were predicted. Earlier this year, before the ruling was announced. David Cohen was one of three law scholars who authored an article that looked at this very issue, saying, quote, the interjurisdictional abortion wars are coming, and this article is the first to provide the roadmap for what lies ahead.

In his concurring opinion, Justice Brett Kavanaugh said in his view a state couldn't ban a resident from traveling to another state to get an abortion.

But Justices Breyer, Sotomayor, and Kagan wrote in their dissent that interstate restrictions "will soon be in the offing," and in her email, the Planned Parenthood of Montana president says this wasn't a decision they entered into lightly.

"Without a national right to abortion, everyone's going to be assessing their own level of risk and they are going to come down to different conclusions," Cohen said.