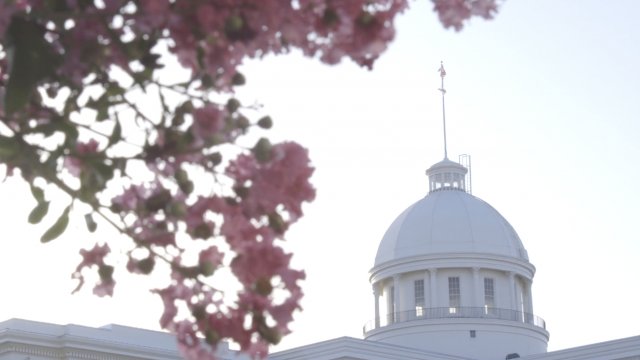 Alabama's legislature just passed a strict abortion bill, and if the state's governor signs it, it's likely to face legal challenges.

Republican legislators in Alabama look to be taking Roe vs. Wade head on, and that's on purpose. This new bill, which bans abortion in the state with just a few specific exceptions, separates itself from other recent state laws enacted to chip away at the 46-year-old Supreme Court precedent: It does not make exceptions for the cases of rape and incest.

But they all have something in common. These states want their laws make it to the Supreme Court. And with a conservative majority, at least one of these cases may just do that.

The Alabama bill will likely take the same path as many of the other state laws. Republican Gov. Kay Ivey signed the bill into law Wednesday night.

The law wouldn't take effect for six months, and in that time, a lawsuit is likely to be filed. It's expected to be blocked by a lower court and appealed all the way to the Supreme Court. All of this won't happen overnight. In fact, the entire process could take several years.

But justices have lifetime appointments, and that's something anti-abortion rights activists have been banking on since President Trump's election. On the campaign trail, he said he would appoint justices who would overturn Roe v. Wade. He may have done that. Justices Neil Gorsuch and Brett Kavanaugh are both staunch conservatives.

Chief Justice John Roberts may be the swing vote on this one. In the past, he hasn't been supportive of sweeping changes to current precedent. Earlier this year, Roberts joined the liberal justices in staying a law that critics said could have left Louisiana with a single doctor to perform abortions.

It's more likely that in the near future, as soon as October, the court could hear a more nuanced argument related to abortion rights. Several potential cases, including the Louisiana case, are being considered by the justices right now. They could announce which ones, if any, they'll take up in the coming weeks.