Abortion Will Remain Legal In Kansas 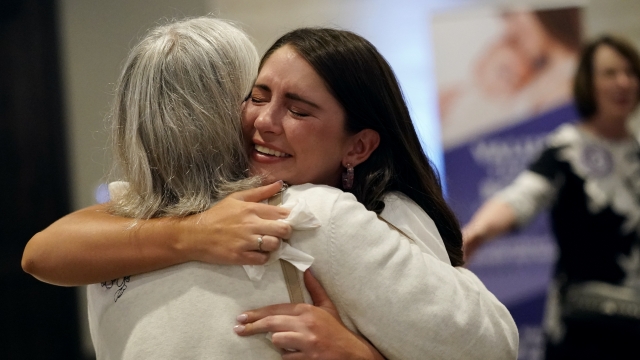 Abortion in Kansas will remain legal and protected by the state constitution.

"It should be up to the person; up to the woman and not up to the state," said Kathy, a Kansas voter.

She told Newsy she's lived in Kansas her entire life and her vote was not so much about abortion as it was to support women. "We're focused on the fact that women have a right. That's my concern. What do you do with your body not my business, but yours, between you and your husband? That's what's important. And the fact that as a woman you should have that right," Kathy said.

The result itself is noteworthy, and the nearly 18-point margin is even more so considering Kansas's conservative roots and its deep ties to the anti-abortion movement. Ashley All is the director of communications at Kansans For Constitutional Freedom.

"A coalition of voters across the political spectrum came together today and voted no. They voted no to protect their neighbors. And they voted no on changing the constitution," All said.

It's a resounding rejection of a Republican-led effort to further tighten restrictions on abortion or ban the procedure altogether.

It was the first time voters anywhere in the nation weighed in on the issue since the Supreme Court overturned Roe v. Wade. And even though Kansas is just one state, it's a deep red one. Voters haven't sent a Democrat to the Senate in almost nine decades.

And the Republican-controlled legislature has a supermajority. Some of the counties that voted "no" on removing constitutional protections for abortion backed Donald Trump as president in 2020; including areas near Wichita, Topeka and Kansas City. The results in Kansas stoked Republican fears that other anti-abortion measures will be hit next.

Two of them are up for a vote in Kentucky and Montana in November. Analysts say Republican hopes for muted Democratic enthusiasm and turnout in the midterms might be dashed, dooming many state-level officials as candidates who back abortion bans and restrictions.