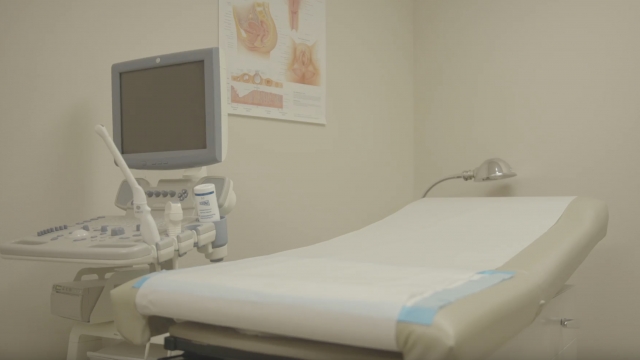 At least 20 states have ordered health care providers to delay "elective" procedures, sparking a debate over whether abortions are included.

States are ordering health care providers to postpone "nonessential" and "elective" procedures, but there is some confusion about whether the orders apply to abortion.

"It is without question that the lone clinic in Jackson does in fact operate doing procedures that are elective and not required, and therefore they should be following the guidelines as offered by the Sstate Department of Health," Mississippi Gov. Tate Reeves said in a press conference.

Reeves said he would take action against his state's sole remaining abortion clinic if it provides abortions during the coronavirus outbreak.

Officials say the guidelines are intended to preserve the use of personal protection equipment and hospital beds to fight the coronavirus.

At least 21 states have also restricted nonessential medical procedures, but with different degrees of vagueness and details around what exactly is considered essential.

Take Alabama as an example: Their public health order simply states, "All elective dental and medical procedures shall be delayed, effective immediately."

And in Louisiana's order, it's unclear if abortion providers are allowed to give mandated abortion counseling using telehealth services rather than in person.

Health department officials in Mississippi, Alabama and Louisiana would not answer Newsy’s questions about if or how the orders apply to abortion care.

New Jersey is the only state that has explicitly exempted pregnancy termination in its executive order. Newsy has also confirmed Oregon, Colorado and Michigan's orders do not apply to abortions.

Providers say abortions are essential because the longer the procedures are delayed, the greater the risk of complications and of not being able to have them.

"It's been chaos. We've had health centers flooded with calls from patients who are worried about their ability to get the care that they need," said Erica Sackin, director of communications for Planned Parenthood Federation of America. "Abortion is a central health care and time sensitive health care that people often can't go without."

In the U.S., abortions can only be performed up to viability of the fetus. That's usually between 24 and 28 weeks of pregnancy. But many states have added their own time restrictions.

And now the coronavirus pandemic has given states the power to further delay — and in some cases deny — abortion services.

Texas recently made headlines after the state's attorney general, Ken Paxton, said the governor's executive order to stop elective surgeries would apply to "any type of abortion" and that violators "will be met with the full force of the law."

In response, Planned Parenthood is suing Texas, saying the order may last months and they have already been forced to turn away patients.

Newsy reached out to the Texas governor's office and the attorney general's office for clarification. They did not respond.

Like Texas, Newsy has confirmed Ohio and Tennessee orders do apply to abortions. Officials from the health departments in Arizona, Utah and Vermont told Newsy they are letting providers decide if abortions are elective, and California suggested we direct our questions to providers. Officials in Illinois did not clarify if they consider abortions to be elective.

Newsy also reached out to South Dakota, Washington, Florida, Alaska, and Kentucky, but those states have yet to respond. Planned Parenthood is also suing the states of Ohio and Iowa over their orders.