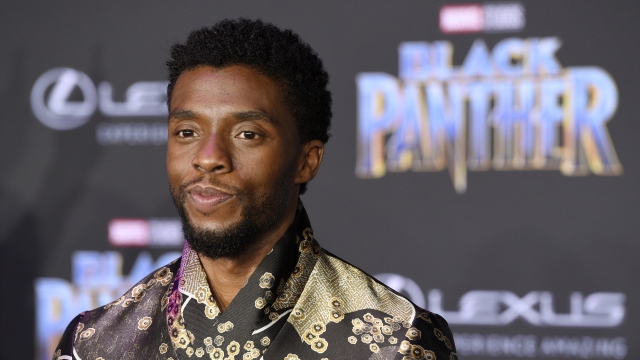 Boseman died at his home in the Los Angeles area with his wife and family by his side.

Boseman's family announced the actor died from stage IV colon cancer, but he'd been battling it since 2016 when it was stage III.

His diagnosis – and death – may come as a surprise, since he hadn't shared the news publicly.

In a statement on Boseman's social media accounts, his family said he was "a true fighter" who "persevered through it all." His family shared that several movies Boseman acted in "were filmed during and between countless surgeries and chemotherapy." They ended the statement saying, "It was the honor of his career to bring King T’Challa to life in Black Panther."

Boseman, a South Carolina native, graduated from Howard University. He acted in small TV roles before his break out 2013 role playing Jackie Robinson in "42." Boseman also played other Black icons including James Brown in 2014's "Get On Up" and Supreme Court Justice Thurgood Marshall in 2017′s "Marshall." He was last seen on-screen in Spike Lee’s 2020 film "Da 5 Bloods" as the leader of a group of Black soldiers in the Vietnam War. But, most recently, he was working on a feature adaptation of the August Wilson play, "Ma Rainey's Black Bottom."

According to the family statement, Boseman died at his home in the Los Angeles area with his wife and family by his side.

Additional reporting by Ryan Pearson of The Associated Press.