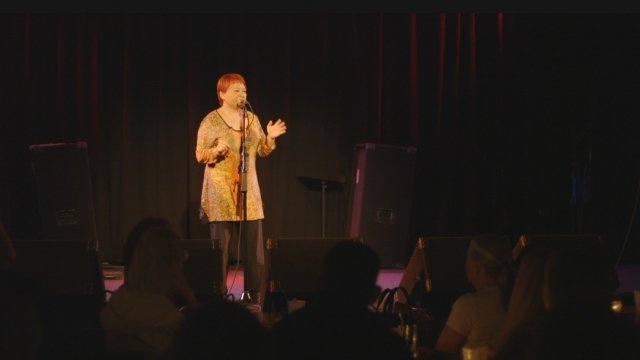 Ada Cheng was a professor for 15 years before taking a different direction.

Ada Cheng left her tenured position as a professor to become a stand-up comedian and storyteller.

She taught at Depaul University in Chicago for over a decade before she decided to switch careers in 2016.

"You got to jump off the cliff to fly. You've got to take the chance with yourself. ... When I left, I didn't have performance background. I was an academic for 15 years," Cheng said.

She says she woke up one day and realized her heart wasn't in academia anymore.

"I taught subjects on gender, sexuality and I used stand-up comedy to show in class — great for conversation. So right before I went to bed, I was looking through stand-up clips. So that day, I woke up and thought, 'I think I'll do better as a stand-up comedian.' I was getting bored," Cheng said.

Cheng started her new career in her 50s.

"I entered this field late, so I also feel I'm in a very odd position as an older immigrant woman of color doing this among young people. ... Of course I would like to have a sense of belonging, but I don't think that is going to happen in any space that I will be in, whether in this country, or in the arts space, the storytelling scene or the improv scene," Cheng said.

French Comedian Gad Elmaleh recently moved to the U.S. to transition to English-language comedy, which he calls his "mistress."

Cheng uses her identities and experiences as material.

"This is the story that I'll be telling about my parents' marriage and how that helped me understand her role as a woman in society and in our family and how that affects our relationship and my own understanding of myself as a woman," Cheng said.

"I used to say, 'I tell stories so I can bury them,' and it's not the case anymore. Now, I tell stories, and stories feed energy back to me, and I learn about myself more," Cheng said.