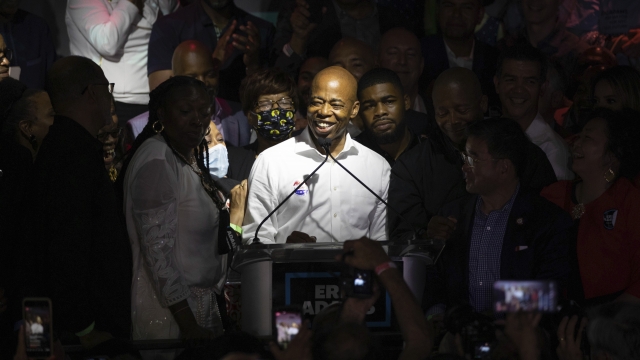 Brooklyn Borough President Eric Adams appeared to take a fragile lead Tuesday in New York City’s Democratic mayoral primary, but it could be weeks before it becomes clear who is actually on top in the first citywide election to use ranked choice voting.

As ballot counting began Tuesday, a plurality of Democrats ranked Adams as their first choice in the race.It was tough to tell, though, whether that lead would hold. As many as 207,500 absentee ballots remained to be counted. Voters’ full rankings of the candidates have yet to be taken into account. It could be July before a winner emerges in the Democratic contest.

Speaking to jubilant supporters, Adams acknowledged that he hadn’t won yet, and that under the ranked choice system there were multiple rounds of ballot counting still to go.