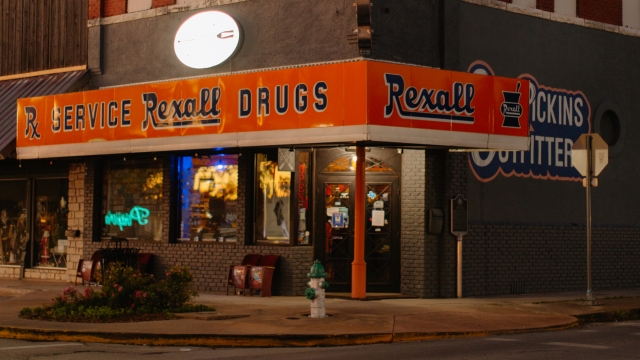 Jahmicah and Heather Dawes of Slim Pickins Outfitters say they're on a mission to "diversify the outdoors" by building more inclusive spaces within.

"One of the outdoor mantras is to 'Leave No Trace.' But with us in our industry, we definitely want to leave a trace," Jahmicah Dawes, owner of Slim Pickins Outfitters, said.

For Jahmicah and Heather Dawes, that trace is their outdoor gear shop, Slim Pickins Outfitters in Stephenville, Texas.

"We're the first Black-owned outdoor shop, but by no means, not even now, are we the only," Jahmicah Dawes said. "I think the numbers right now, they matter to show not so much the representation, but really the lack of representation."

Since opening their shop in 2017, the Daweses have been working to "diversify the outdoors" by building more inclusive spaces within it -- spaces that look to transform a historically White-dominated outdoor industry.

"We're talking about the outdoors. Like, this is something that's so vibrant with color and diversity, just in ecosystems and foliage and species, both animal and plant, right? And then how is that reflected then in the people that are allowed or have access to enjoy that?" Jahmicah Dawes said. "It's not reflected back."

This lack of representation in the outdoors has been documented extensively when it comes to the visitors that make it to national parks. A 2018 report by the George Wright Society found that Black Americans make up less than 2% of visitors to national parks, despite making up 13.4% of the U.S. population.

For the Daweses, this pursuit of an outdoor industry that accepts without exception, almost came to an abrupt ending earlier this year. Faced with mounting financial hardships brought on the COVID-19 pandemic, the shop, like many small businesses, was on the verge of closing. A GoFundMe campaign and a film by Outbound Collective managed to change that by getting the word out to the rest of the world on what the Daweses are trying to accomplish.

"We have been just blown away by all of the support," Heather Dawes said. "We've had people drive down from all different places to come to us already. It's been really crazy."

As they regain their financial footing, the Daweses say they plan to continue to welcome anyone into their shop and the outdoors general, be it a backyard or national park.

"We want everyone to know that the outdoors belongs to them and that everyone is worthy of community," Heather Dawes said.

Because at the end of the day, the Daweses say there is still plenty of work to be done and a serious need for more businesses like theirs.

"Black people shouldn't just now be able to break into industries because of systems that have been set up against them," Heather Dawes said.

"I think the more people we get in the outdoors, that increases the opportunity and the likelihood you're going to have more people fall in love with those spaces and then become kind of conservationists, right? Then they want to preserve those spaces for other people," Jahmicah Dawes said.