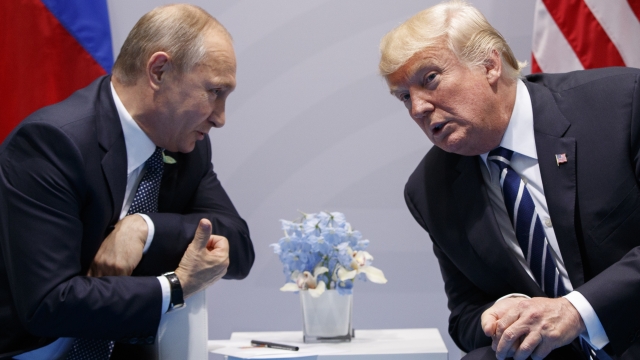 National Security Adviser Robert O'Brien said Sunday that President Donald Trump is not inviting the Russian president to visit the U.S. before November's election. His comments on NBC's "Meet the Press" were in response to media reports that President Trump is pushing for a summit.

"One quick question, though. If Russia is a bad actor why does the president want a summit with Vladamir Putin in the United States before the election? Why reward Vladamir Putin if he is bad actor in our democracy?"

"We're not having a summit with Vladamir Putin before the election, in fact Putin has floated-"

"What Putin has floated is doing a P5 meeting with the P5 and Germany and Russia to try to bully the U.S. to go back-"

"So the president doesn't want something here?"

"No, we've rejected that, and it's not just Russia."

He said Russia is instead proposing a P5+1 summit. That refers to the permanent members of the U.N.'s security council — China, France, Russia, the U.K., and the U.S. — plus Germany.

O'Brien claimed Russia wants to use that meeting to "bully" the U.S. back into the Iran nuclear deal. In 2018, the Trump administration withdrew from the agreement. Then the U.S. gradually reimposed sanctions on Iran, hitting the country's economy hard. Iran retaliated by gradually breaking the deal's limits on uranium enrichment and capacity.

NBC News had reported President Trump told aides he wanted an in-person meeting prior to the election, and that officials explored options. The goal of a Putin-Trump meeting would be to come to an agreement on a new nuclear-arms control deal.

O'Brien said that while there isn't a plan to hold that meeting before the election, the U.S. would still like to meet with Putin in the future to pursue such a deal.