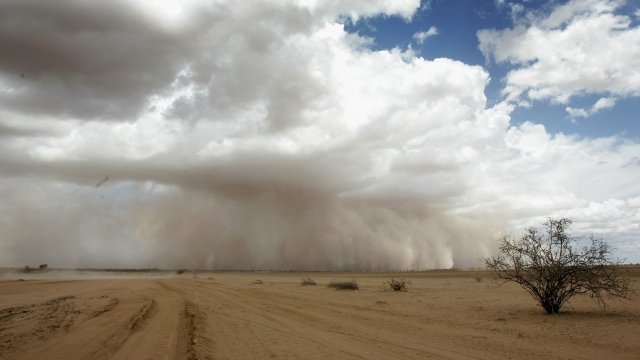 Burning fossil fuels could be affecting the climate, but maybe not in the way you're thinking.

According to a new study, humans could be completely shifting rainfall patterns worldwide.

It's not just greenhouse gases being produced when you drive your car or when a power plant burns coal. There's also tiny aerosolized particles of fossil fuels being created.

And those particles are interacting with clouds and producing major changes in atmospheric circulation.

This hypothesis helps explain why the rain belt that circles the globe around the tropics has been shifting southward.

That shift is believed to be the main cause of severe droughts in Africa and South America.

The people most affected by these changes are likely to be those in the tropics, not the northern hemisphere where most of the aerosols are produced.