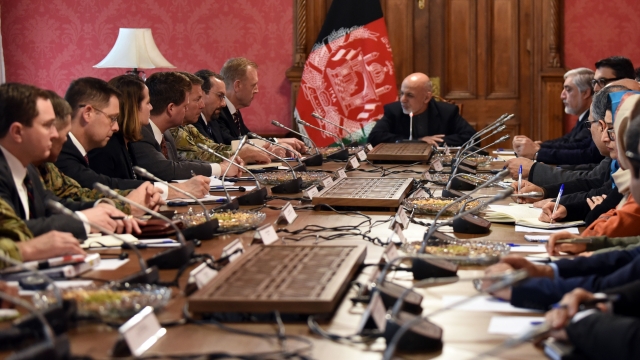 The Taliban reportedly agreed to a short cease-fire with U.S. forces but said it'd only reduce attacks against the Afghan government.

As negotiations for peace in Afghanistan press on, the country's government is speaking out against the scope of a cease-fire agreement.

On Saturday, an Afghani spokesperson said the government rejected that proposal, calling for a complete cease-fire. It's unclear if the government's rejection of the deal will affect whether it is signed.

The Taliban ruled in Afghanistan from 1996 to 2001, but the U.S. pushed it out of power when it refused to give up Osama Bin Laden after the 9/11 terrorist attacks. That started the nearly two-decade long war as the Taliban has fought U.S. and NATO forces to regain power. In peace talks with the U.S., the group has consistently demanded all foreign troops withdraw from the country. The U.S. wants assurances from the Taliban that the country won't harbor terrorist groups.