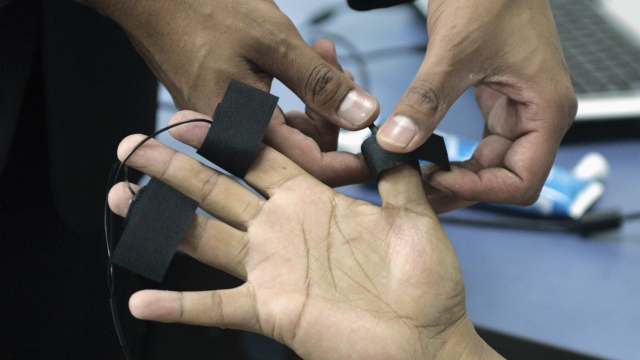 Culture, religion, and even the polygraph examiner can influence the test results, says former Chief of Polygraph Tom Mauriello.

Are Afghan interpreters who risked their lives to help U.S. forces now being consigned to death because of a flawed test?

"The use of the polygraph has been very helpful, but it's unfair many times" Tom Mauriello, Former Chief of Polygraph at the Department of Defense said.

This all comes as the U.S. troop withdrawal in Afghanistan is almost complete and the Taliban is gaining ground.

All the reason, Mauriello says, a polygraph shouldn't make-or-break an interpreter's chances of coming to the U.S.

"Should the government be using it? Yes," Mauriello said. "But they should be using it as a tool, among other things, so if they're not successful on a polygraph test, but they've done an extensive background investigation and there's no reason to have any concerns or problem, they should weigh those two things and then decide whether a person should have access or be approved for whatever they're being evaluated for."

Afghan Interpreters Fear Being Left Out Of U.S. Evacuation Plans

Despite risking their lives for the U.S. military, many interpreters can't get a U.S. visa because they failed a polygraph test once.

He told us a polygraph isn't a lie detector, it just measures how your sympathetic nervous system – which controls your fight or flight impulse – responds to questions. And a lot can influence that.

"I've had people react to the serious crime question because they had consensual premarital sex with their fiancé, and they thought that was a crime because their religion made them feel it was a crime," Mauriello said.

But it's not just religion and culture. The polygraph examiner themselves can also influence the test results.

Over a course of months, they're trained in physiology, psychology, and nonverbal communication.

The school didn't respond to Newsy's calls or emails but critics abound, like a veteran who co-founded a website called Anti-Polygraph.org.

"It is, in fact, a cop-invented pseudoscience," former Intelligence Officer George Maschke said. "The claim that polygraph has no scientific basis is supported by the National Academy of Sciences, which conducted an exhaustive review of the scientific evidence on polygraphs and in its 2002 report 'The Polygraph and Lie Detection' expressly recommended against polygraph screening by federal agencies."

Polygraphs aren't admissible evidence in most courtrooms. The major exception is New Mexico. So why are they being used here?

"I feel it's unconscionable that the United states government is denying evacuation to Afghans who served honorably with our forces simply because they failed a polygraph test," Maschke continued. "And I think it would be appropriate for President Biden to take executive action to reverse that policy immediately."