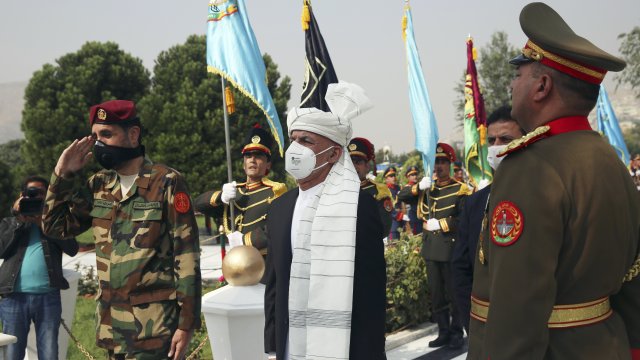 The National Reconciliation Council will have final say on signing a peace deal with the Taliban.

Afghanistan's president has appointed a 46-member council to decide on whether to sign a peace deal with the Taliban.

The council will have final say on the peace agreement after what's expected to be some uncertain negotiations with the insurgents.

The High Council for National Reconciliation is made up of an array of Afghan political figures, including President Ashraf Ghani's rival in last year’s presidential election, Abdullah Abdullah, who leads the group.

Abdullah's appointment follows a power-sharing deal he and Ghani signed that ended a political deadlock after last year's election.

The negotiations are part of the February U.S.-Taliban peace agreement that called for the freeing of 1,000 government and military personnel held captive. This was in exchange for the government to free 5,000 Taliban prisoners.

But the Afghan government reversed a decision to release the last 320 Taliban prisoners until the insurgents free more captured soldiers.

The deal aims to end the nearly two-decade war between the U.S. and Afghanistan. American troops have already started withdrawing from the country, but the Taliban has yet to agree on an immediate cease-fire.