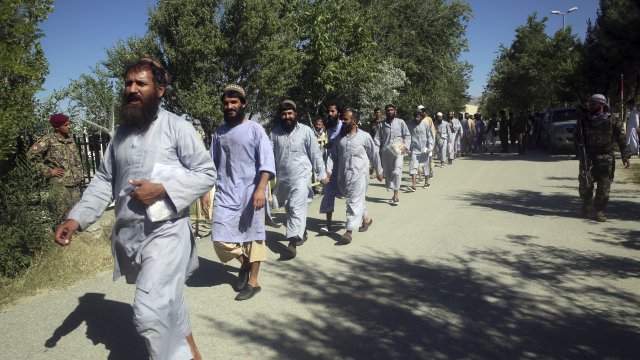 The Afghan government freed hundreds of Taliban prisoners on Tuesday, the largest prisoner release in one day since the U.S. and Taliban signed a peace treaty in February.

Afghan authorities said 900 Taliban members were released from prisons across the country, as a three-day cease-fire between the government and the Taliban came to an end.

An Afghan national security spokesperson said he hopes the move persuades the Taliban to extend the cease-fire before "face to face intra-Afghan talks" can begin.

There's no word yet as to whether the Taliban has agreed to a cease-fire extension, but a spokesperson tweeted Tuesday the prisoner release is "good progress," and that the Taliban "will release a remarkable number of prisoners soon."