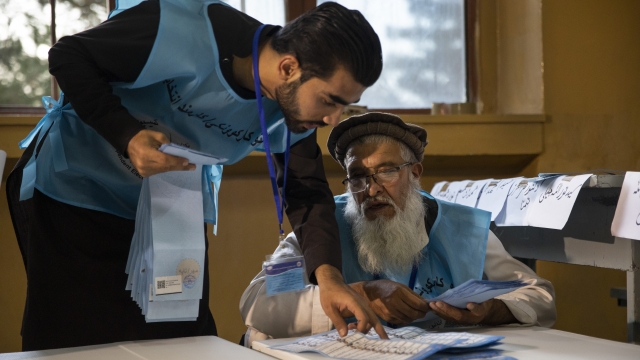 When polls closed, an Afghan official said there'd been 68 Taliban attacks across the country.

Afghanistan held its presidential election on Saturday, but voter turnout was diminished by threats from the Taliban.

When polls closed, an Afghan official said there'd been 68 Taliban attacks across the country, killing at least five people and wounding dozens. Only one of the attacks was considered "large scale."

And violence wasn't the only hurdle for voters. The Associated Press reported that Afghans were confronted with "incomplete voters' lists, unworkable biometric identification systems aimed at curbing fraud, and in some cases hostile election workers."

Analysts estimate that around 20% of registered voters showed up. That's the lowest turnout for an election since the Taliban fell in 2001.

What this means is that a small section of the population is now responsible for a huge decision. The main candidates are the country's current president Ashraf Ghani, and his chief executive Abdullah Abdullah. The candidates have shared power since 2014, when Abdullah accused Ghani of rigging the vote and the U.S. stepped in to negotiate a compromise.

It'll be a few weeks before the initial results are announced, and final results aren't expected until November.