Afghans In U.S. Worry For Relatives In Their Homeland 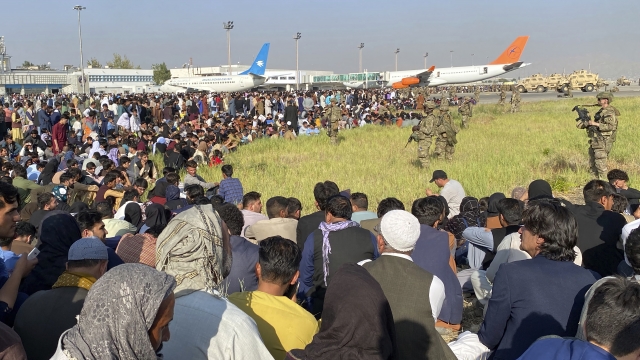 Horror stories are being shared among the Afghan community in Northern California.

Afghans living in the U.S. are worried for their families back home, as the window of opportunity to get out is about to shut. The possibility of getting on a flight out of Kabul's airport may – within days – be no more.

"We are not sleeping for the last two weeks," Naifullah Khawry said.

Khawry came to the U.S. In 2017 on a special immigrant visa. His brothers are trying to leave Afghanistan.

"My family is there. Their life is at risk because they have information about everyone," Nazia Gabar said.

President Biden said, "We are currently on pace to finish by August 31."

Khawry said, "My brother, he was directly working with the U.S. forces and he was also working for the [Afghan] government."

Jason asked, "Are you losing hope that he will get out of the country?"

Khawry says his brothers tried to get to the airport, but — like thousands of others — they've not even gotten close. Taliban leadership says Afghans shouldn't even try.

Taliban spokesperson Zabihullah Mujahid said, "We are not allowing the evacuation of Afghans anymore. And we're not happy with it either."

It's unclear whether people with Special Immigrant Visas – SIVs – from the U.S. are still able to reach the airport. Horror stories are being shared among the Afghan community here in Northern California.

"I receive many calls from those who had the SIV visas and they’ve been asked to come to the airport but they've been beaten by the Taliban," Farhad Yousafzai said. "They send me the pictures of their wounded bodies."

Gabar said, "There's a case that I heard a person had an SIV visa and he was on the way to the airport — in the car there were his two brothers — Taliban stopped their car and the three brothers are now disappeared."

Mohammad Anwar Insha, who we met just before the Taliban reached Kabul, came to the U.S. in 2019 on a special immigrant visa. He's been trying to help his parents and seven siblings leave Afghanistan. Insha says his brothers have tried reaching the airport, to no avail.

"And at this time it's not possible to get everyone out of there, so I hope they will extend it," he said. "And it's the only thing that gives me hope."