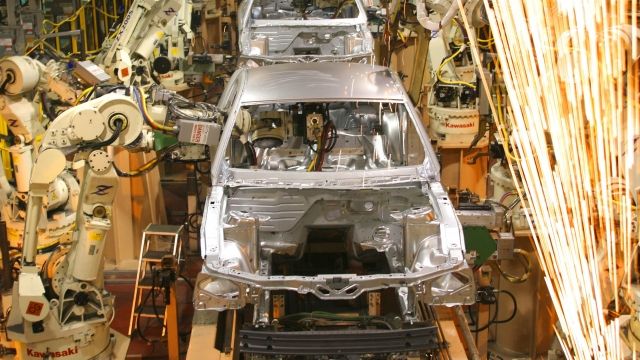 The largest federation of unions in the country has released a "blueprint."

Donald Trump attacked a lot of people, places and things. But one of his favorites? NAFTA

But, so far, there's been no real plan other than some kind of general renegotiation to make it work better for American workers.

Now the largest federation of unions in the country has released a "blueprint" for what a new NAFTA could look like. The AFL-CIO says NAFTA, in its current form, focuses on big multinational corporations and ignores the middle class.

But a couple of its proposals seem to be something a President Trump could get on board with. Like a provision that would stop any and all currency manipulation. After NAFTA originally passed, Mexico devalued the peso, making U.S. exports too expensive for some Mexicans.

AFL-CIO also wants a NAFTA with better international labor and environmental standards for workers. It's an attempt to balance the protection of workers and the environment.

And for every rule that gets broken under a new NAFTA, the AFL-CIO wants trade sanctions enacted to make sure everyone plays by the new rules.