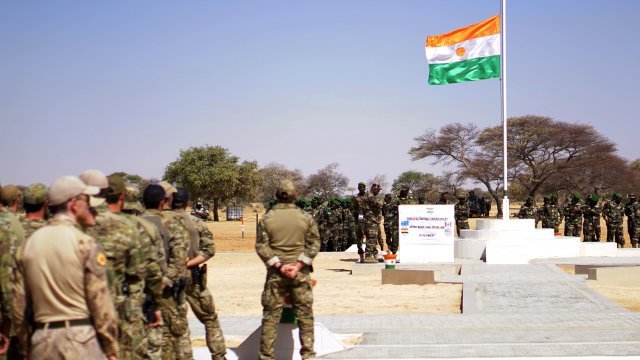 Four U.S. Green Berets were killed and two wounded in an ambush in Niger last week. The Pentagon says a group affiliated with ISIS was behind the attack.

The troops were in the west African country of Niger as part of the U.S. counterterrorism mission for the region. That mainly consists of aiding West African forces to fight groups like Boko Haram or Al-Qaeda. U.S. Africa Command, or AFRICOM, oversees the operations.

The thing about West Africa is that it's huge. The country of Niger alone is about three times the size of California. Add to that, AFRICOM told the U.S. Senate Armed Services Committee it lacks resources in the region, and you've got trouble.

3 US Soldiers Killed, 2 Injured After Ambush In Niger

According to The New York Times, there were no U.S. helicopters when the Green Berets came under attack. Instead, French military forces in neighboring Burkina Faso scrambled to provide support and evacuate them.

Defense Secretary Jim Mattis rejected the idea that the military response was slow.

The day after the deaths, White House press secretary Sarah Huckabee Sanders said in a statement that the administration's thoughts and prayers were with the families. But as of Oct. 12, there's been nothing directly from the president — unusual for one who usually has a lot to say on his favorite platform, Twitter.