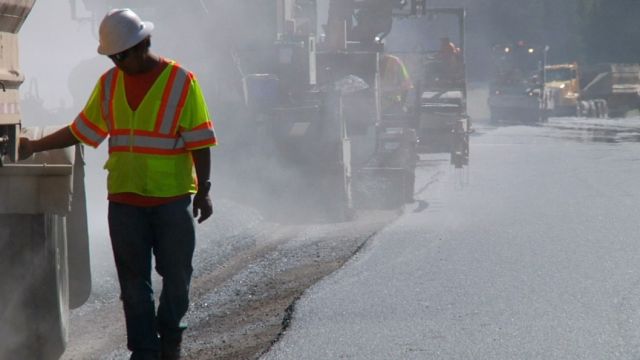 Crystalline silica is found in everyday materials, but it can cause health problems for workers exposed to it on a regular basis.

For the first time in 45 years, the government is doing something to reduce the number of illnesses and deaths caused by workplace exposure.

We're talking specifically about crystalline silica. It's a mineral found in everyday materials such as roads and buildings, but it's a known cancer-causing substance.

The new limit from the Occupational Safety and Health Administration is 50 micrograms per cubic meter of air, on average, over an eight-hour shift. The previous limit, in place since 1971, was 250 micrograms for construction and 100 micrograms for other industries.

The new requirement takes effect on June 23, but the three industry groups affected by the ruling — construction, general industry and maritime and hydraulic fracturing — have between one and five years to be fully compliant.

NBC reports that industry groups fought against the lower limit, saying the new rule would be impossible to comply with and could cost businesses billions.

OSHA estimates the lower silica limit will save 600 lives and prevent 900 illnesses every year.