After A 7-Year Hiatus, 'Jigsaw' Is Back At The Top Of The Box Office 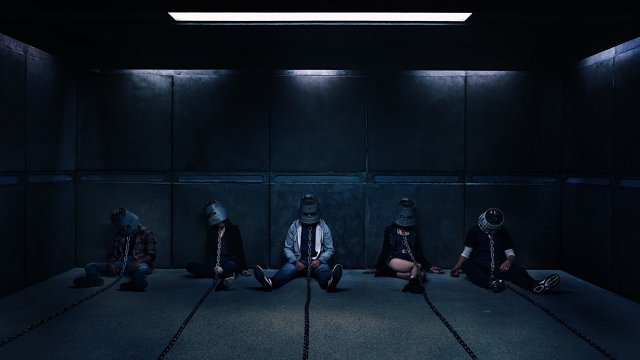 The third-highest grossing horror franchise in movie history is back in theaters with "Jigsaw."

Well if it's Halloween, it's tape decks, creaky tricycles and surprisingly well-engineered deathtraps. It's been a long seven years, hasn't it?

After a seven-year hiatus, John "Jigsaw" Kramer is back at the top of the box office, bringing in an estimated $16 million in his first week out. That's about $4 million behind box-office expectations but more than enough to keep "Jigsaw" profitable. It's also the second-worst opening in the franchise's history.

The "Saw" franchise released a new film every October between 2004 and 2010, culminating with "Saw 3D" — which was supposed to be the "Final Chapter." So much for that.

Since Jigsaw first rolled into theaters more than a decade ago, Lionsgate and its demented puppet have brought in nearly $900 million, making the "Saw" series the third-highest grossing horror franchise ever, right behind "The Conjuring" series and the "Alien" films.

But for as long as Jigsaw has been around, he's never been a go-to "critic's choice," and unsurprisingly, "Jigsaw" is no different.

"The good news is 'Jigsaw' isn't the worst horror movie of the year. The bad news is, it's still bad enough that that's the good news," IGN's William Bibbiani said.

Like most of the "Saw" series, this latest gore-fest has been certified rotten by the Tomatometer. But based on ticket sales, it looks like real "Saw" fans couldn't care less.

Dropping to No. 2 this week is another extremely frightening film, albeit for a different reason. "Boo 2! A Madea Halloween" brought in an estimated $10 million in its second week out.

And at No. 3 is "Geostorm," bringing in an estimated $5.6 million in its sophomore weekend.

As for next week, Valkyrie and The Revengers. Oh, and Thor's going to be there, too.